Our Members - Their Stories

An invitation to join a drama group as a teenager kicked off a love of performing arts and communicating for Lusi Faiva. 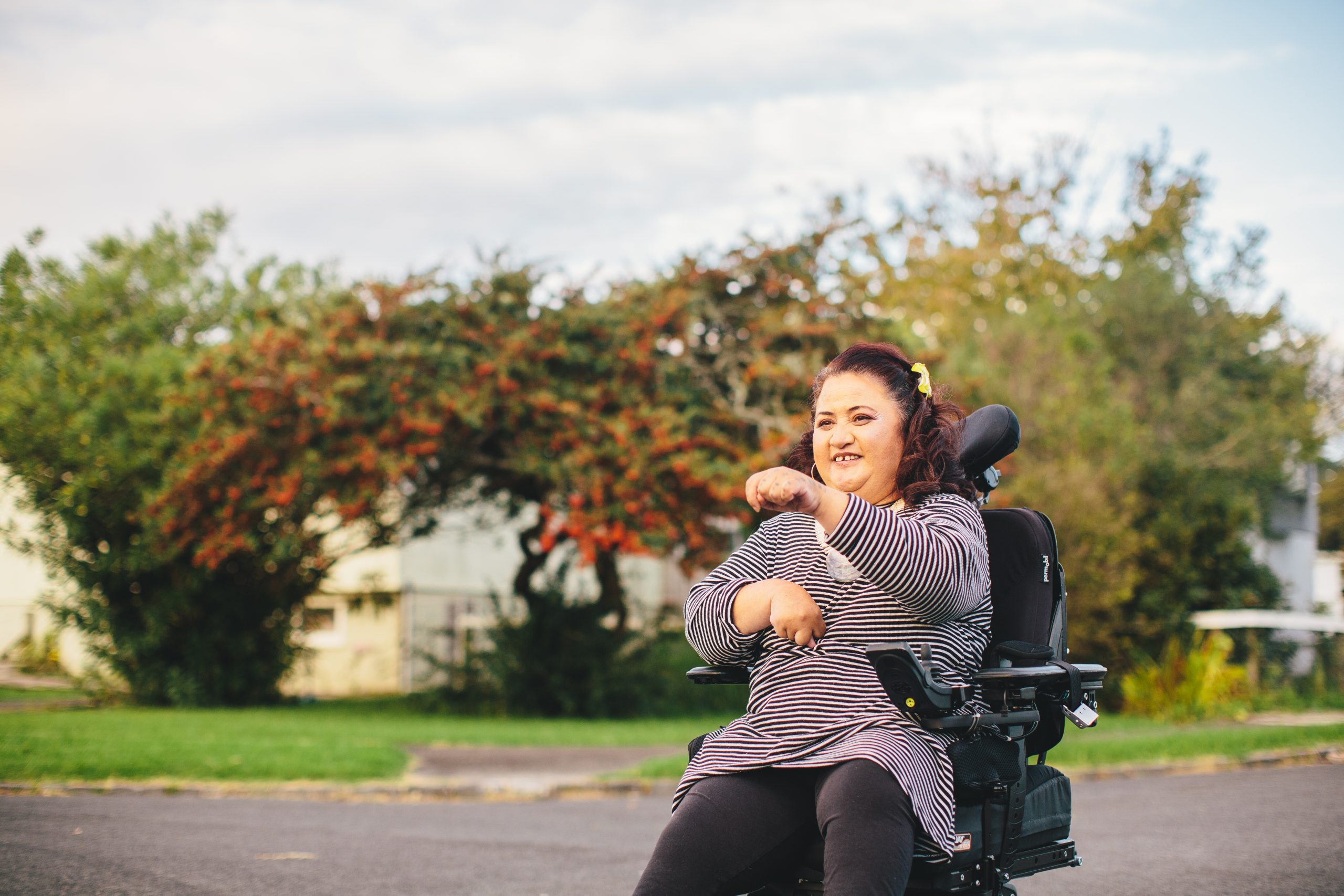 For a woman who has already achieved so much, Lusi Faiva isn’t slowing down.

The 54-year-old Samoan lives in Auckland and is an award-winning stage performer and dancer who has performed in New Zealand, Australia and Europe.

But Lusi’s greatest wish, and her next goal, is to perform in Samoa where she will also set up a dance workshop.

Lusi’s exposure to the performing arts came as a teenager when she was approached about being involved in a drama group called Unlimited Theatre.

“I went to their audition and I automatically got cast in their first production.”

Despite not having any acting experience, Lusi, who was diagnosed with Cerebral Palsy – Spastic Quadriplegia as a two-year-old, embraced the opportunity.

“It opened the doors for me,” she says, and it sparked a life-long love of performing.

Ten years later, in 1996 she attended a contemporary dance audition workshop for people with different abilities.

As a result of her successful audition, Lusi was performing her first dance solo a year later as part of the newly formed dance company Touch Compass.

Lusi’s successful audition saw her join as a dancer, performer and founding member.

Touch Compass became Aotearoa’s first integrated dance company to have dancers with, and without, disabilities. It has gone on to become the country’s leading disability-led professional performance company.

From there Lusi’s career has taken off. She’s performed and had professional training here and overseas, performed in solo and group performances, at festivals, twice at the Paralympics, in
theatre and short film. 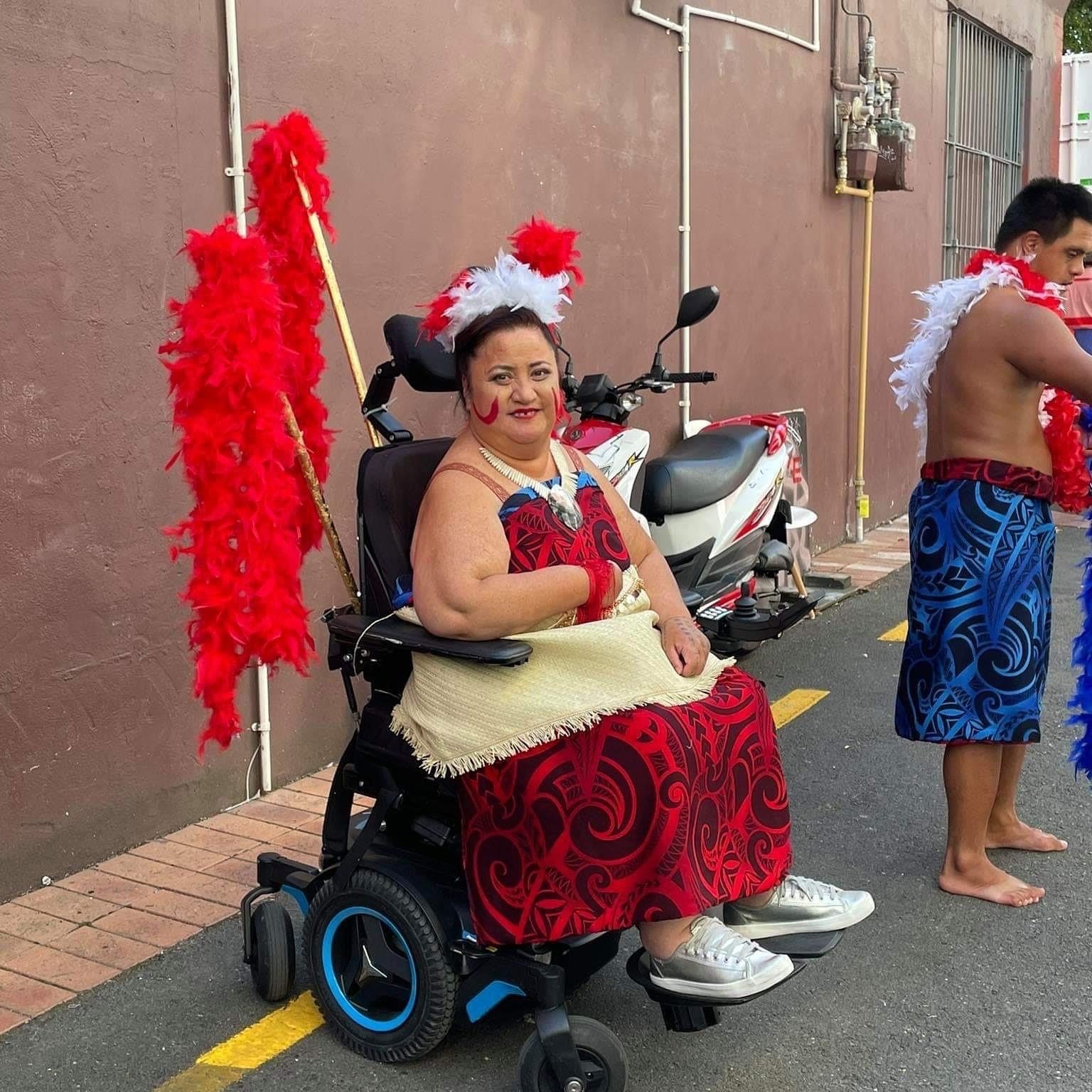 Lusi Faiva pictured at the premiere of Taupou, a work made in collaboration with Everybody Cool Lives Here and performed at Wellington’s CubaDupa in 2021.

Amongst her collection of  performances is Lusi’s Eden, an acclaimed theatre/dance piece based on her life-story, and she’s been recognised with prestigious awards and accolades.

Lusi communicates through dance saying it “is about being able to move in different ways, small or big movements”.

She says through embracing cultural diversity, people can dance together and share their own culture styles.

Lusi, known for smashing perceptions when it comes to dance, says the reaction she sometimes gets from the audience surprises her.

“It fascinates me when people come to see our shows and congratulate me with the amount of amazement that they witnessed me doing aerial performances flying out in the audience.”

She is now both a mentor and tutor with Touch Compass – a role where she works with people who have a disability, and those who are able-bodied, in community classes and workshops.

“It’s a great opportunity to  mentor people – sharing life’s experiences and skills. I think it could be an inspiration to them.”

In July last year, Lusi was appointed to the Touch Compass Artistic Direction Panel – making her one of three artists with artistic backgrounds and a disability to lead the company.

As a youngster she was institutionalised because “my mum had no choice” as there were no other support services back in the late 60s and 70s. 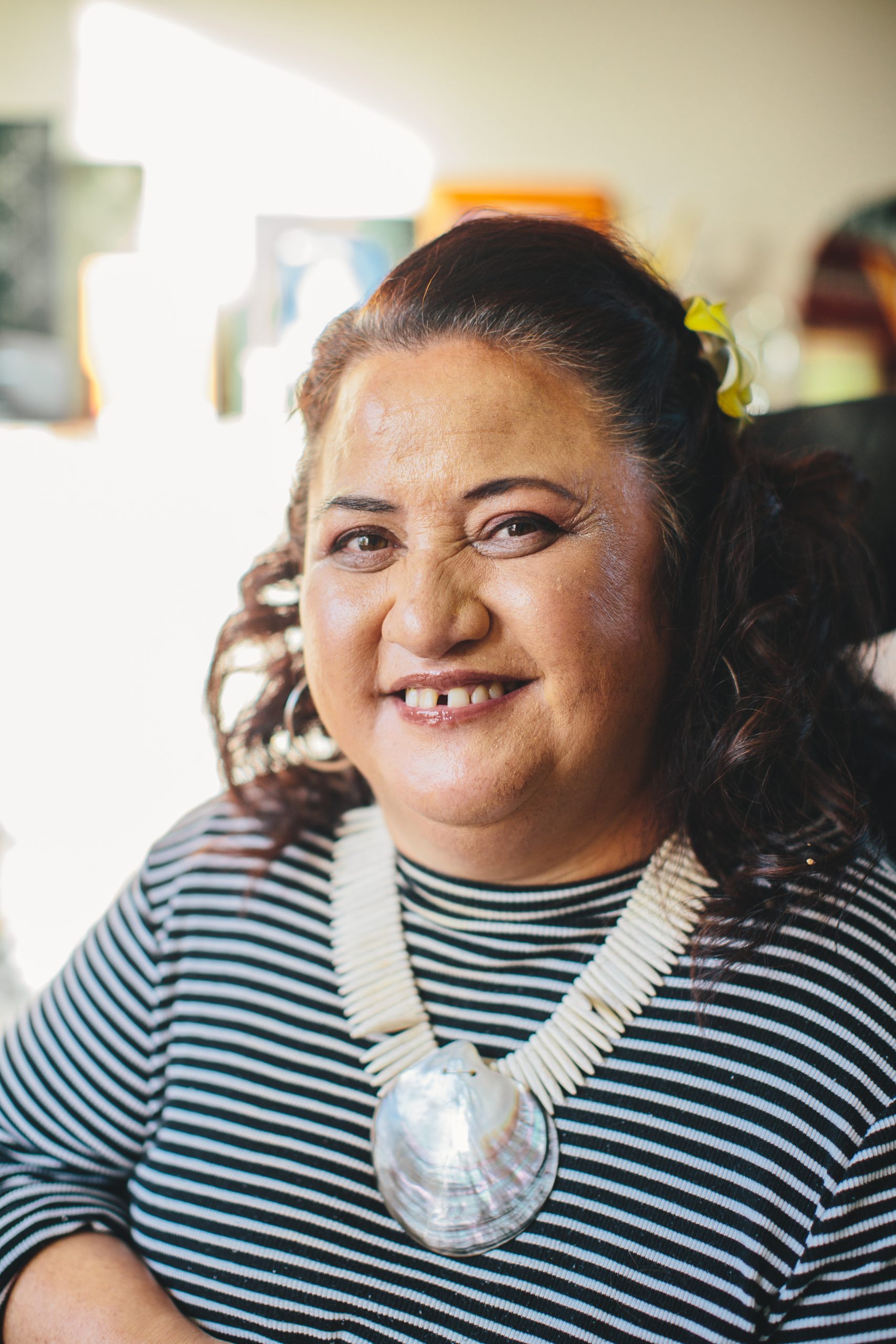 When she was six years old, Lusi went into foster care with Ted and Peg Jones, who welcomed her into their home and family. Lusi says the couple influenced her with their love and support, and by teaching her to read and write.

“That’s what really helped me with communicating with people.”

Ted and Peg’s acceptance showed Lusi how to be a kid with a disability.

So profound was their impact, Lusi wrote, and performed in, a short-film tribute to them called Mr and Mrs Jones.

“I wrote it describing their influence in my life with a great sense of appreciation, and acceptance for me.”

When Lusi was seven, she returned to her mum’s care and amongst the highs of growing up, there were struggles where Lusi recalls feeling isolated, and confused about why she was institutionalised when she was so young.

“I didn’t know much about my Samoan culture till my mum started talking in Samoan years later. I struggled with being denied my Pacific side for a long time.

“It’s been a real challenging thing for me to connect to my true identity over the years.”

This article was originally published in the Jan-Apr 2022 edition of The Review magazine.

<< Previous
Back to Our Members - Their Stories
Next >>