Neuroplasticity has led to new hope of recovery for adults with stroke, but a baby with a similar brain injury, leading to cerebral palsy (CP), has no hope of a cure.

Why? We learn to walk before we run and we assume the same process occurs in babies after injury. This expected sequence of development is the problem. The injured baby learns an abnormal walk with a damaged, immature brain. Later, with a recovered, more mature brain, the same child can learn to run normally. The brain has recovered, but early abnormal habits hide it. Habits can be changed by applying the knowledge of coaches and exercise scientists to “treat the child like a world class athlete”. This insight leads directly to a new way of rehabilitation for tens of thousands of children and adults with mild to moderate neurological disorders.

Dr Pape is a Neonatologist and clinical researcher with a special interest in brain development and the response of the immature nervous system to injury. She has developed innovative treatment protocols for children with cerebral palsy, brachial plexus and spinal cord injury and been instrumental in the development of Neonatal Brain Ultrasound Scanning, Threshold Electrical Stimulation
(TES) and sEMG Triggered Stimulation (ETS). 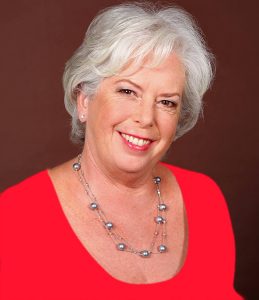 She recently published a book about neuroplasticity with important insights into differences in the pattern and extent of possible recovery after an early neurological injury titled, “The Boy Who Could Run, But Not Walk”.

She also co-authored a book on baby brain pathology and has been active in publishing her cutting-edge edge research and findings in regarded academic journals in areas such as Clinical Neurology and Neurosurgery. All of this work in early-detection methods and treatments has been born of one single belief – a young injured brain need not completely control a child’s life. There are workable solutions to vastly improve their lives and happiness. And that invariably makes life easier for the entire family, helping children to reach their fullest potential.

<< Previous
Back to Babies, Toddlers, & Children
Next >>